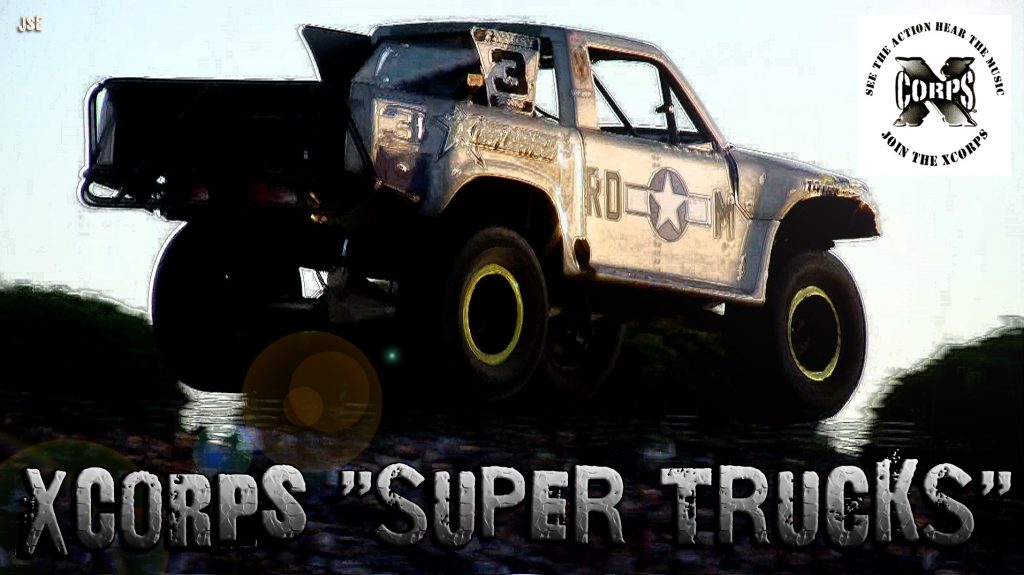 Xcorps TV on camera host Rat Sult reports from behind the scenes leading the XC viewer out of the stands and deep into the heart of thundering race action mid field for another high energy Xcorps race report! See and hear Rat straight out yelling his report into the mike above the noise and check the wild video shots taken just feet away from the screaming rubber truck tires! Just another day on TheXcorps!

Next in this XC show segment 2 opens up with some more wild 4X4 motor sports action with the race series leader Robby Gordon going airborne in his stadium orange #7 SPEED ENERGY Super Truck and of course sticking the landing!

Rat Sult then rolls the race pits dead stopping at TOYO TIRES to chat chat with the sexy Encinitas California native and pro model Sydney Maler who talks about how much she likes the SUPER TRUCK races! See who this sexy girl thinks is the BEST driver here at the race track today!

Nice choice for a rep TOYO! Sydney does knows her performance and street tires! Keeping the beat with all the race ACTION in this video is the RIVE promoted Relapse Records band ROYAL THUNDER performing their song “Blue”.

It’s OK and fully recommended to CRANK UP the volume for segment 3 here with more SUPER TRUCKS race action and a gut thundering down home tune from Portland Oregon Stoner Metal band RED FANG hammering out their song Dirt Wizard off their Murder The Mountain album…Sweet fit with the race action! Check out the crazy live performance scenes scenes from the bands 2012 EURO Tour directed by Whitey McConnaughy from Sweden to Hungary. Xcorps welcomes Metal Bands like RED FANG to Join US anytime!

Segment 4 of the XCTV Sand Sports Super Show has Rat Sult in Costa Mesa walking the booths at the Super Trucks event checking out some of the coolest STREET LEGAL sand vehicles out there! Rat talks to off road vehicle builder and genre pioneer Andrew Buck owner of Buckshot Racing about the new stylingly cool custom vehicles his company is offering to the public…just for thrills! XC viewers will see these are some very sweet rides rolling both sand and streets!

This Xcorps segment is powered by music from electro rock RIVE promoted artist singer Alex Kelly who along with guitar partner Kelsey Warren jam out a sexy mysterious tune called ‘Magnet’. Check it out!

XCORPS host Rat Sult talks to team ASSAULT Industries Troy Tokarczyk about their cool and very bad assed ATV now turning heads and heels! The cute chick in the passenger seat will do the same…Stay Tuned!

This XCTV show closes out with Moto Rat checking out some of the original 50s and 60s era V8 powered Wild Ride sand cars to roll the So Cal dunes! The roots of a very fun and eXpanding industry!

Music from RIVE video promotions. Stay Tuned for the next Xcorps TV motorsports series from the SEMA Show in Las Vegas!

See the Action Hear the Music Join the Xcorps. http://www.ActionSportsMusicTV.com/