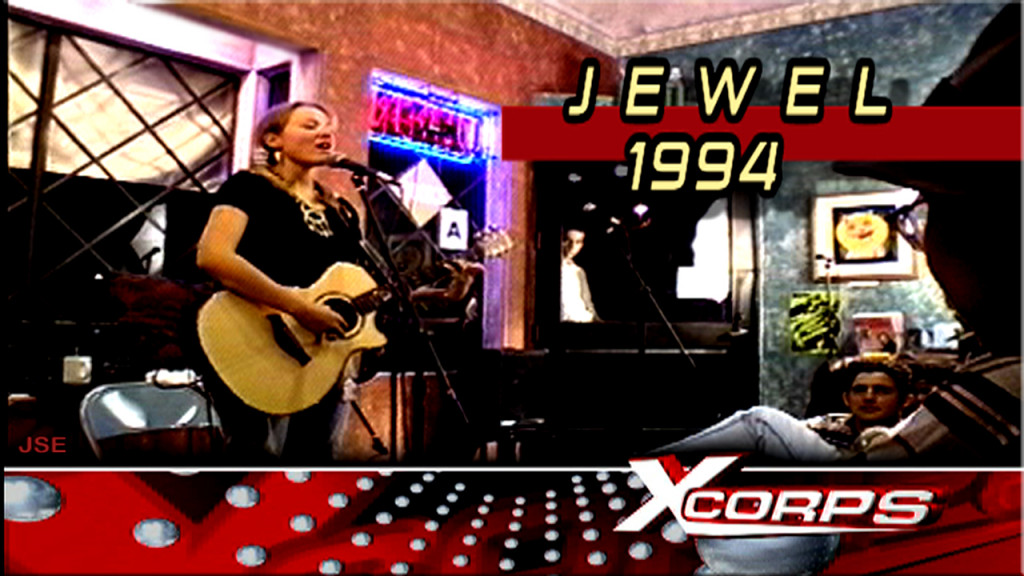 Xcorps MUSIC producer and host Jason Lazo opens up this special local flashback segment featuring RARE well lit with good audio – video footage of Jewel gigging a local San Diego coffeehouse and thrilling those who happened to be lucky enough to be there seeing what was musically new on the scene!

JEWEL LIVE 1994 at the ARTHOUSE

Shot with a Sony VX-3 pro 3 chip HI-8 camera which was a pretty decent video camera in 1994 though the tape format had issues the lens was pretty sharp!

Xcorps producer and film maker Stu Edmondson was there at The Art House shooting the magic night of local music with a venue that included The Joel Raphael Band, Elizabeth Hummel Band, Gregory Page, Mary Dolan, NurfBall and Jewel.

Stay tuned here on Xcorps MUSIC for a song from each of the artists that appeared that musical night in 1994!

Jewel Kilcher who was born in Utah and grew up in Alaska and moved to San Diego in 1983 performs the song “She Cries” in this video – to a full house audience at The Art House — a cool freestyle art gallery converted Euro styled house not far from downtown Carlsbad which in 1994 was part of the local San Diego musicians gig tour. 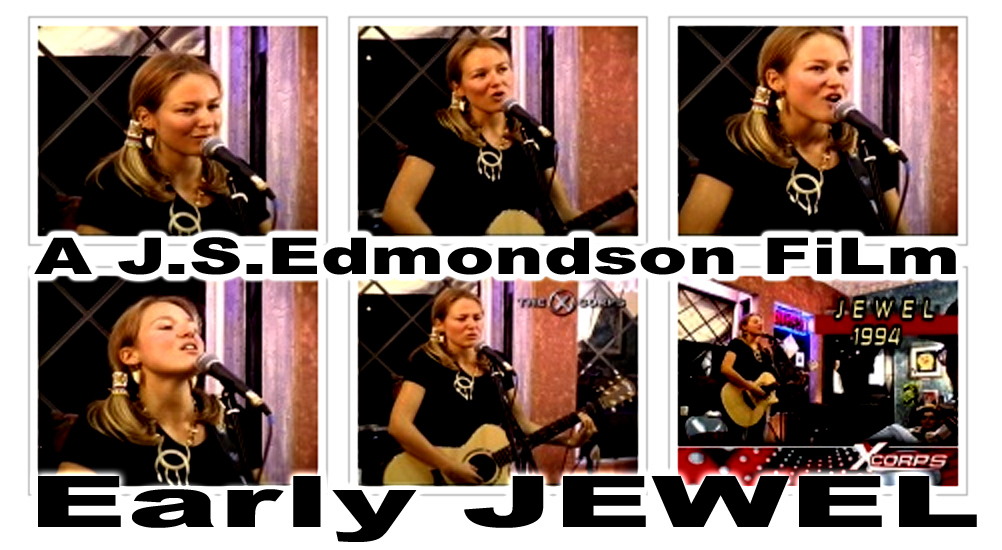 This particular local talent night was promoted by local Carlsbad radio station 95.9 KKOS. Both the Art House and KKOS radio are history now but both played a participating role in Jewels career moves from San Diego on to The World!