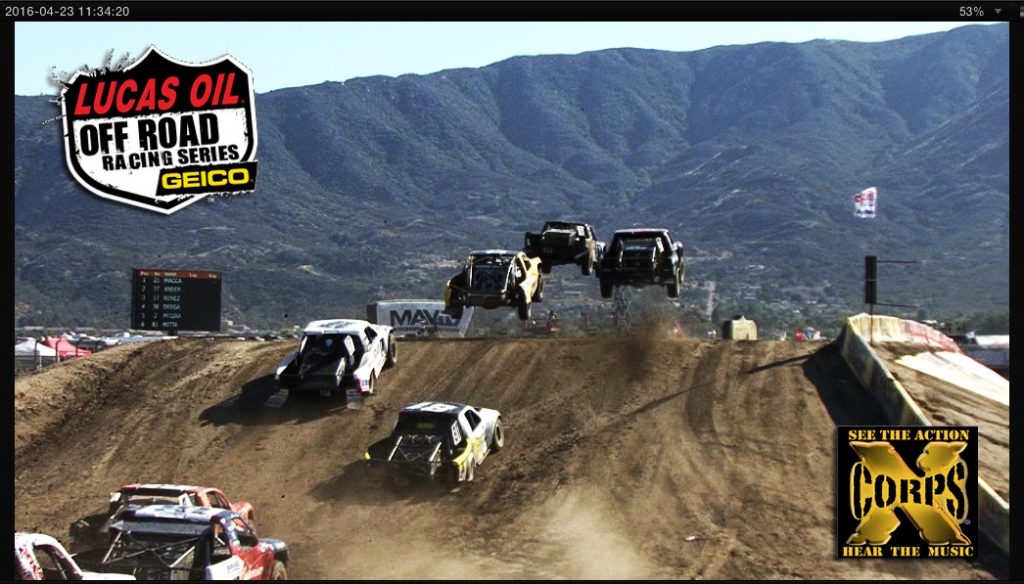 Show host and action sports front man Rat Sult hits the pits with the XCAM and snags an interview with Pro 4 offroad truck driver Carl Renezeder who talks about his racing intentions in this Lucas Oil Race Series.

Segment 2 of this wild motorsports XC episode continues with more action and music with the best stadium off road truck drivers in the world launching their high horse custom vehicles off the dirt berms dikes and jumps at the Lucas Off Road Racing Series at the Lake Elsinore’s Motor Park!

Disciples of Babylon (DOB) is an international rock band based in Hollywood, California. The group was founded in 2012 and includes members Eric Knight on lead vocals and rhythm guitar, lead guitarist Ramon Blanco, bassist Gui Bodi and Chris Toeller on drums.

Check out the visual BIG AIR action here with the XCTV X CAMS following the race trucks and their extremely driven drivers taking their vehicles side by side going airborne 20 feet in the air for unbelievable long distances and sticking the landings! Watcing the races the trucks seem to be airborne for more than half the race! This is Race Action and Music Rolling Xcorps style!

Show segment 3 in this wild new motorsports episode starts with camera host Rat Sult reporting at the Lake Elsinore track checking out the high powered off road style super shocked vehicles ready for some heavy pounding on the dirt!

Rat heads for the pre race pits area to get an eXclusive interview with one of the best of the off road racer commanders – Rob MacCachren – who is getting ready to fly his truck!

Rat talks to ‘Rob Mac’ about his standings in the current Lucas Oil series and what the competition looks like! Check out his Rockstar Energy branded custom race truck!

Music here on Xcorps to match the mood with a RIVE promoted band hailing from ‘Sydney Down Under’ and the now LA based alternative rock band SICK PUPPIES rolling out their new song ‘Stick to Your Guns’ off their FURY album release. Tight and fun as all ding dong heck! 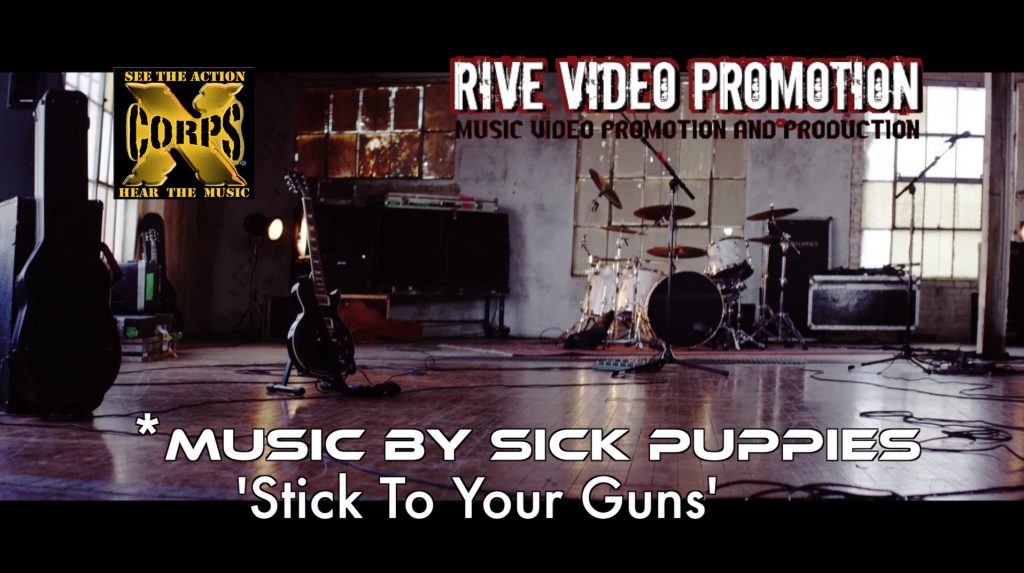 The 3 members of Sick Puppies include Aussie natives Emma Anzai bass, vocals along with drummer Mark Goodwin and now jamming lead vocals with the band is Texas born Bryan Scott. This XCTV worthy band knows how to get down with some heavy horse floor pounding riffs and just like these off road trucks come complete with a safe landing!

In segment 4 of this special program the wild motor sports action continues nonstop with the best stadium off road truck drivers in the world launching their high horse vehicles off the dirt berms and jumps at the Lucas Off Road Racing Series event.

Trackside Rat talks with Xcorps XCAM shooter Lisa Edmondson about the LOUD and gnarly shoot conditions where the 800 HP trucks tires are kicking out high speed clay bullets!  See what Lisa says of the Lucas Offroad Race shoot conditions on the turns! 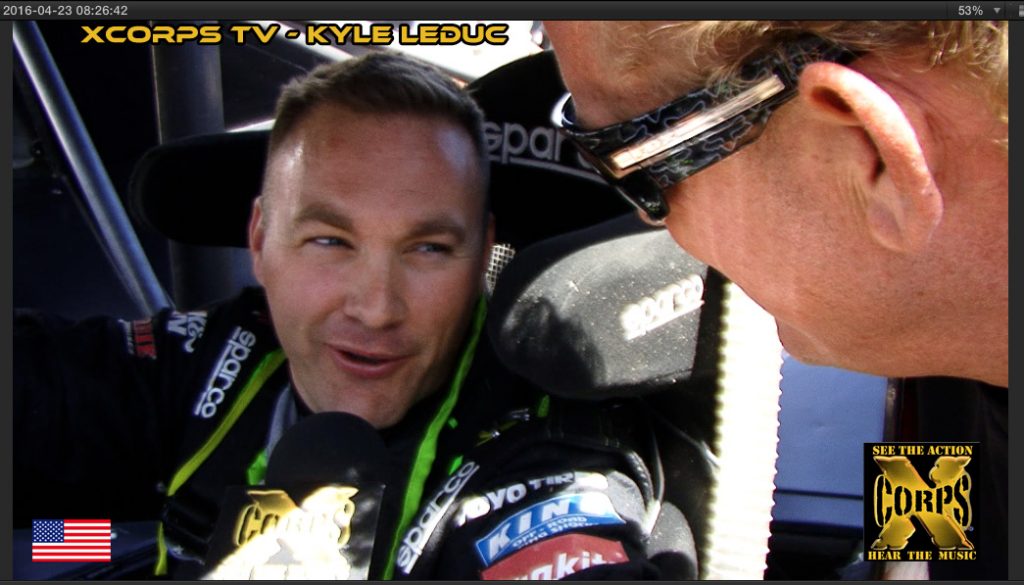 Rat rolls the pits and flags down Monster Energy driver number 99 Kyle Leduc for a quick behind the wheel interview! See what this young mud slinging driver has to say about the Lucas Offroad Races and his plans with the series! 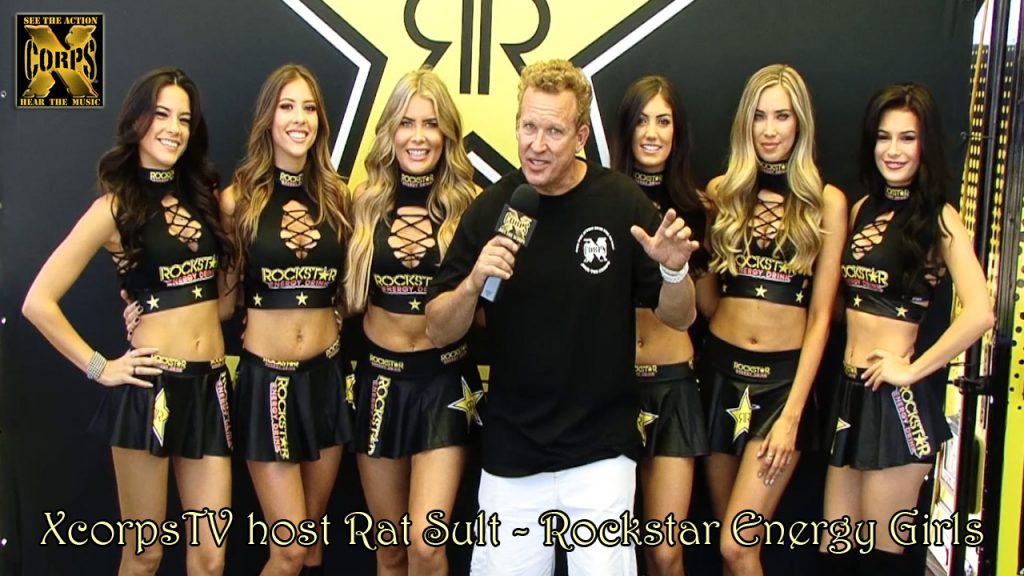 Rat talks with Pro 2 driver R.J.Anderson about what it’s like to be team mate with top seated driver Rob MacCachren as the Lucas Oil Races goes into round three. Music by the unmatched power metal chords of the RAVENSCROFT band. 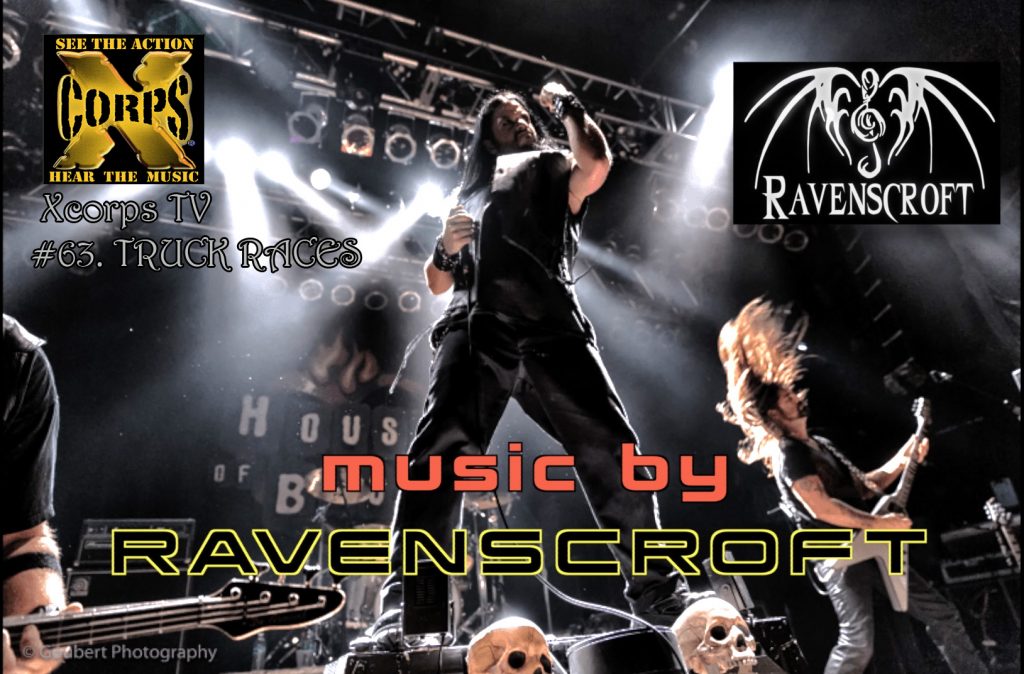 The show closes out with more insane airborne truck action and a cool track side sound byte with Rat and race winner Rob MacCachren!

Special thanks to: Carl Renezeder, Rob MacCachren, R.J.Anderson, Kyle Leduc along with Lucas Oil Race Director Ritchie Lewis and to Press coordinator Nikki Foutz and to the Rockstar Energy Models. 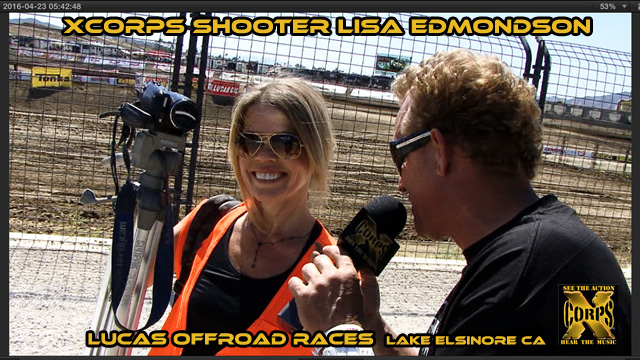